It was an ordinary star-filled night. Jesse, Levi, and me, Caleb, three poor shepherds, were minding our own business keeping our flock safe from wolves. We were sitting around the campfire listening to Jesse play his flute, Levi was dozing, and it was my watch. I was lulled between the music, the warm fire, and a cup of hot wine. We were wrapped in sheepskins and huddled close to the fire because the night was cold.

Suddenly, the sky became as light as day. No, that’s wrong, it was the brightest light I had ever seen; a thousand full moons would be dim in comparison. Startled, we jumped up, tripping over each other. What was happening, was the world ending? (We were later to discover that our world was beginning.)

I am telling you that these beings were bright and shimmered with gold and silver, they had wings and flowing gowns. Some played what looked like golden horns and sang, “Hallelujah, Glory to God, Praise the Majestic Creator, Gloria.”

What else could they be but angels? It was loud but joyful, like a heavenly party! Their light and voices fell on us like warm fog, and we were transfixed. Oh, how I wish you could have been there. We stood in wonder, our mouths open, holding on to each other. I confess we were scared to death.

Without taking my eyes off what I saw, I whispered to Jesse and Levi, “Do you see what I see?” They both nodded but couldn’t speak.

Then an angel stood before us and told us to go immediately into town and find a stable with a baby in a manger. The angel said that the baby was Christ, the Lord and that we had been chosen by Yahweh to be the first to see this child. Chosen! While I am telling you this, it sounds crazy and unbelievable. See the Lord? We stood dropped-jaw, I mean, who would argue with an angel?

We ran over the hills into town without a backward glance and trusting that the flock would be safe. We raced around town, checking stable after stable.

And then, near an inn, it was just as we were told. This stable was filled with a light as if all the candles in the synagog were lit, and the light fell upon us. In the manger wrapped in a soft cloth lay a baby, not just a baby, but the most beautiful, radiant child I’d ever seen. His parents called him Jesus. We didn’t know if we should close our eyes or gaze at him. The three of us fell on our knees in awe and worship.

I, Caleb, a shepherd boy,
was looking on the
the face of the Messiah!

I realized that just being in the presence of this child was changing me. I am not ashamed to say that tears ran down my face, I sobbed prayers of praise, and words I’d never spoken before left my lips. I, Caleb, a shepherd boy, was looking at the face of the Messiah! I was in the presence of the Holy One.

We wanted to stay forever, but we were concerned about the sheep. As you would imagine, all night and nights forever after, the three of us told and retold this story, each time remembering what could not be explained. We would always wonder, why us? We were three young boys, shepherds, outcasts, despised by many. We told our story to others, some believed us, and others thought we had been out in the fields too long.

As I tell this story to Ari, the scribe, I wish I could say that I went on to learn Hebrew and become a scholar and a teacher. But I knew in my heart that because I had met my Messiah, my job was to be the best shepherd I could be. I was called to tell my story that once on an ordinary, star-filled night in a field near Bethlehem, I, Caleb, a shepherd, looked at the face of Jesus and was transformed.

—Caleb, the shepherd
as told Ari Israel, the scribe 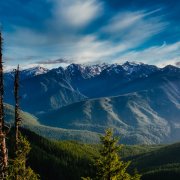 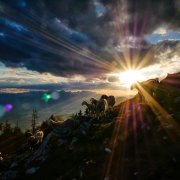 Want to join the discussion?
Feel free to contribute!

Latest from the Blog