Message from our Board President 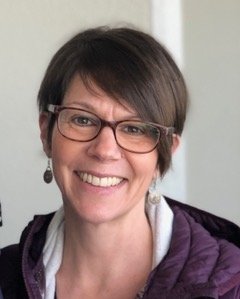 Musings from Selah’s Board President

In the spirit of Selah being a community that takes time to pause, I’d like to invite you to do so with me. Notice the work of the Spirit amongst us as a community. Savor the fruits of those who have invested in this work.

Fifteen years ago, with inspiration, skill, and unique giftedness, Selah’s Founding Director, John Kiemele, envisioned, birthed, and nurtured Selah in its first ten formative years. As a parent might form a supportive community around their child, he invited in and developed a close community of fellow contemplatives who shared his vision. He also provided room for others, introducing them to and guiding them in the contemplative life. John’s leading and nurturing of Selah through its childhood gave it a solid ethos and foundation, setting it up for stability in its ongoing organic growth in the years to come. For John and his birthing of Selah, we are so grateful!

As he transitioned to a new phase of his life, our now Executive Director, Mary Pandiani, first served as Interim Director and then later was asked to step into the permanent role of Director. In her discernment process, I recall Mary considering what she would uniquely have to offer Selah in the next stage of its development. It became clear to her that her vision and gifting was to develop and lead leaders, expanding the capacity of what Selah could provide in depth, width, and geography. In addition, this would offer others the opportunity to grow and deepen in their spiritual journey, empowering them to use their gifts to support the spiritual growth of others. She was shepherding Selah into its teen years, providing presence, guidance, and release as Selah and its leadership further spread its wings.

At the time, little did she, or any of us, know there would be a pandemic that would halt in-person gatherings. As a result, many organizations, churches, and non-profits were forced to shut down or reduce their offerings. Selah, though, with the growing use of virtual gatherings, was able to respond to the need for spiritual community and nurturing.  Now people from a wide range of geographical locations could participate in the contemplative community from the safety of their homes. Selah continued to flourish, and Mary’s Spirit-led leadership guided Selah in navigating the challenges of its teen years, allowing those challenges to be a catalyst for further growth and development. For Mary and her discerning spirit, we are so grateful!

Having emerged from the isolated phase of COVID, Selah has continued to live into ever-expanding growth. Selah now has an increased paid staff, board, facilitators, curriculum developers, a marketing team, a creative and generative team, those offering classes, and gathering hub leaders… thirty-seven people in all. In addition, Selah has an ever-widening group of people who participate in the offerings of Selah from as far away as Switzerland. More to celebrate. More gratitude.

This increase, I believe, reflects the work of the Spirit and the faithfulness of our leaders. They have paused, noticed, listened, and responded to the Spirit’s invitation to birth, nurture, grow, and release. As a result, the Selah community is equipped to continue experiencing a deepening union with the One who holds us all in great love.

Savoring all that is and anticipating what is to come,